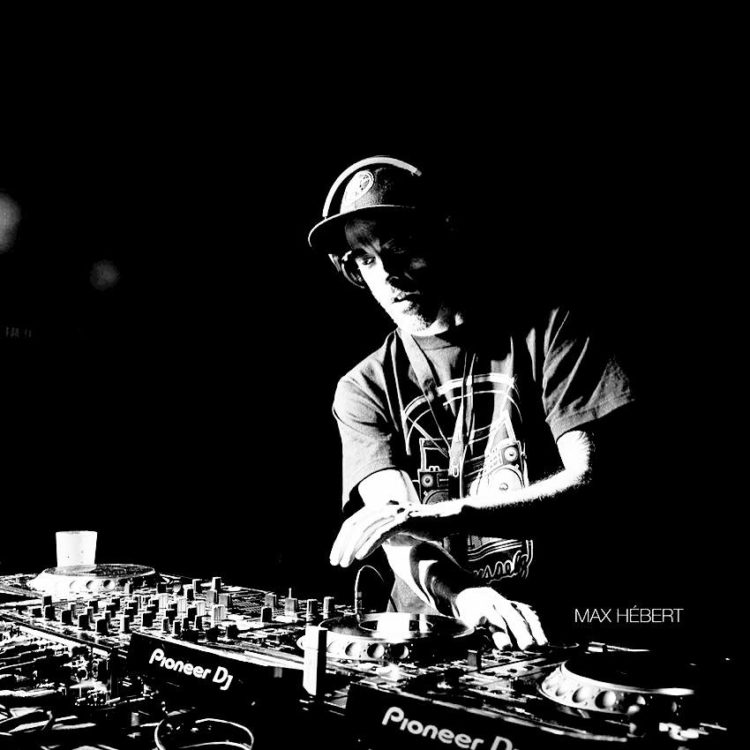 Max Hébert started his musical journey as a DJ and young vinyl junkie at the age of 14, constantly squatting record shops from his hometown of Montreal to New York City for rare vinyl collectibles and diversified styles of music such as House, Disco, Techno, Funk, Hip-Hop and Break Beats.
His passion for House Music intimately connected him with the vitality of Montreal’s underground scene since the early 90s, all by contributing throughout the years to the success of legendary local venues, such as Playground, Sona and of course, world famous Stereo. This venue in particular would be where he got his first ever professional gig at a Defmix party in 2003, offered to him personally by none other than Grammy Award winner and club owner at the time, David Morales. From there, building his own following, he co-presented the infamous monthly Move events, showcasing a unique Underground House sound in Montreal with renowned guest DJs on rotation such as Mark Farina, Derrick Carter and DJ Heather to name a few.

Hitting the charts since 2008, Max Hébert has been piling up the musical projects ever since, collaborating with different well-established Underground House labels such as Natural Rhythm Music, Pocket Jacks Traxx, Cabbie Hat, Greenhouse, Jack Locker, Kinjo, Footwear, Tastie Music, SoulBrain and now Atlantic Standard Recordings. In September 2013, Max founded his own label, Frosted Recordings, releasing cutting edge House Music cuts and other various styles of electronic music.His distinct way of fast-paced mixing and style of blending the West Coast Deep House sound into Chicago’s Funk and Jazzy influences, combined with his 20 years of experience behind the decks, makes this turntablist a definite sure shot when it comes down to dance floor destruction. Often traveling and spreading the love between major cities on the Canadian East coast since the early 90s, his magic also brought him to other countries such as Britain, Scotland, and Japan.